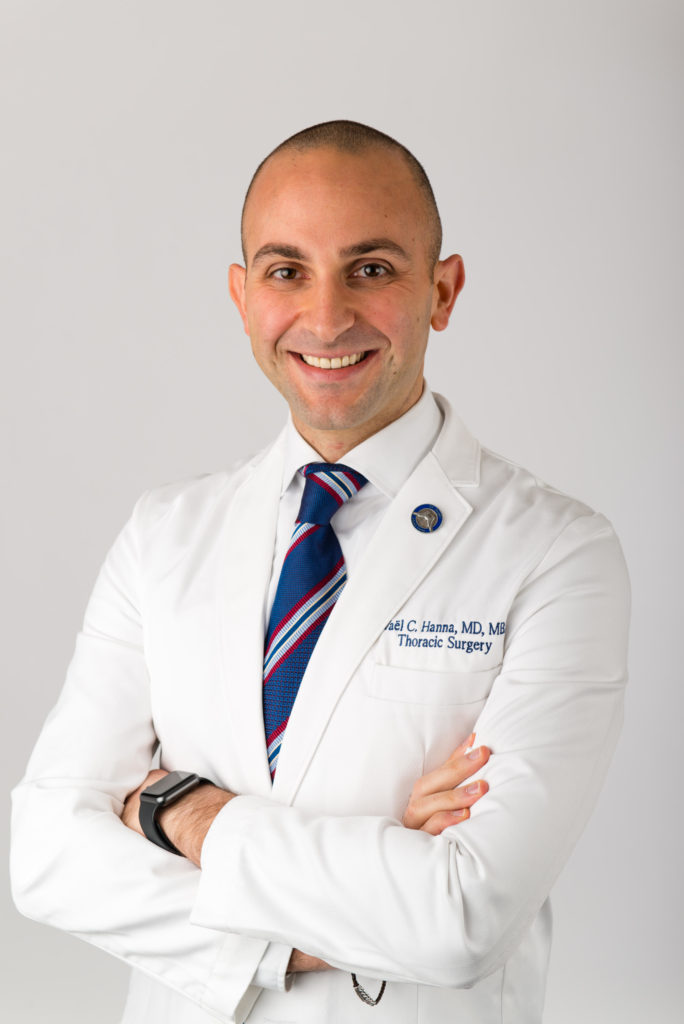 Dr. Waël Hanna has been practicing surgery in Canada since 2001. He completed medical school at McGill University in 2005 and continued his General Surgery residency there until 2011. After his training, he received board certification from the Royal College of Surgeons of Canada (FRCSC) and the American Board of Surgery (ABS). In 2013, Dr. Hanna completed a fellowship in Thoracic Surgery at the University of Toronto and joined the Division of Thoracic Surgery at McMaster University. In addition to his medical training, Dr. Hanna is also a graduate of Hautes Etudes Commerciales (HEC-Montreal) where he earned his Masters of Business Administration in 2008.

Recently, Dr. Hanna has gained media attention for his work in the field of robotic thoracic surgery. These minimally invasive procedures are enabling his patients to recover more quickly and comfortably. On top of his roles as thoracic surgeon and medical researcher, Dr. Hanna is also a passionate advocate for each of his patients.

University of Toronto, Toronto, ON, Canada

Dr. Hanna is a Thoracic Surgeon with board certification from the Royal College of Surgeons of Canada (FRCSC) and the American Board of Surgery (ABS). His clinical practice focuses on helping patients understand and undergo surgical treatment for lung cancer, esophageal cancer, tumors of the chest wall, and benign disorders of the chest, such as hyperhidrosis. The majority of his operations are performed using minimally invasive technology such as Robotic Surgery or Video-Assisted Thoracoscopic Surgery (VATS). He also performs multiple procedures endoscopically, without any incisions, using Endobronchial Ultrasound (EBUS), Endoscopic Ultrasound (EUS), and Electromagnetic Navigation.

2011 – ABS- Diplomate of the American Board of Surgery

2011 – FRCSC- Fellow of the Royal College of Surgeons of Canada

2005 – Licensiate of the Medical Council of Canada